Most people are familiar with the car battery. It is the power source for the starter motor, which kicks on after you turn the key in the ignition. Once the starter motor receives the electric current from the battery, it begins to rotate and start the internal combustion engine.

The alternator not only recharges the car battery, but it supplies power to the radio, air conditioner, GPS system, headlights and all the other electronic components of the vehicle. Your car won’t be able to function without a working car alternator installed.

If the alternator were to go bad or malfunction, you would know about it right away. The symptoms would be more than obvious because they would interfere with the functionality and drivability of your vehicle. At this point, you’ll have no choice but to replace your alternator with a new one.

Below are the top 5 symptoms of a bad car alternator.

1) Car Does Not Start

When your car does not start, it could mean your car alternator is bad or your car battery is dead. The symptom is the same for each one, so you might not know which problem exists. Again, use the multimeter on the battery to confirm the strength of the charge. If you see a good charge, the alternator is bad.

In most cases, what will happen is the good car battery will activate the starter motor and turn the engine. However, if the alternator is bad, it won’t be able to supply power to the spark plugs. That means the air and gasoline mixture in the internal combustion chamber cannot ignite. Your engine won’t stay running very long if that happens.

Your car will stall within a matter of seconds if you turn on your engine with a bad alternator present. Your spark plugs will attempt to draw power from the battery as an alternative power source, but that will drain the battery power quickly. Then you’ll be forced to replace the battery and alternator.

Your interior dashboard lights and exterior headlights might flicker or dim if your alternator starts to go bad. It doesn’t mean your alternator has completely died yet, though. Take it as a sign that you need to get your vehicle to a mechanic right away.

Hopefully, your alternator will last long enough to get you there without stalling your vehicle completely. You might notice a weaker engine performance in the meantime as you attempt to drive your vehicle to safety.

If you hear rattling sounds as you step on the accelerator to increase engine power, then it is possible that your alternator is starting to fail. You’ll know for sure if you experience this symptom along with any of the other symptoms listed here.

Cost to Repair vs. Replace Alternator: Which One is Effective? 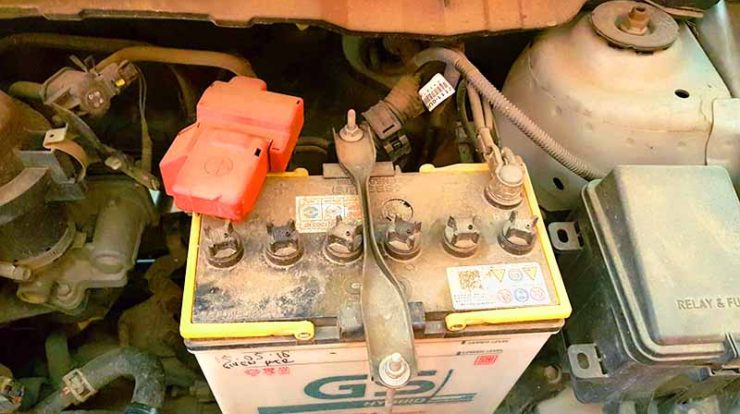 How to Charge Car Battery and How Long

What does a Bad Car Starter Sound Like? (Also See 5 Bad Symptoms)

Can We Drive a Car with a Bad Knock Sensor?